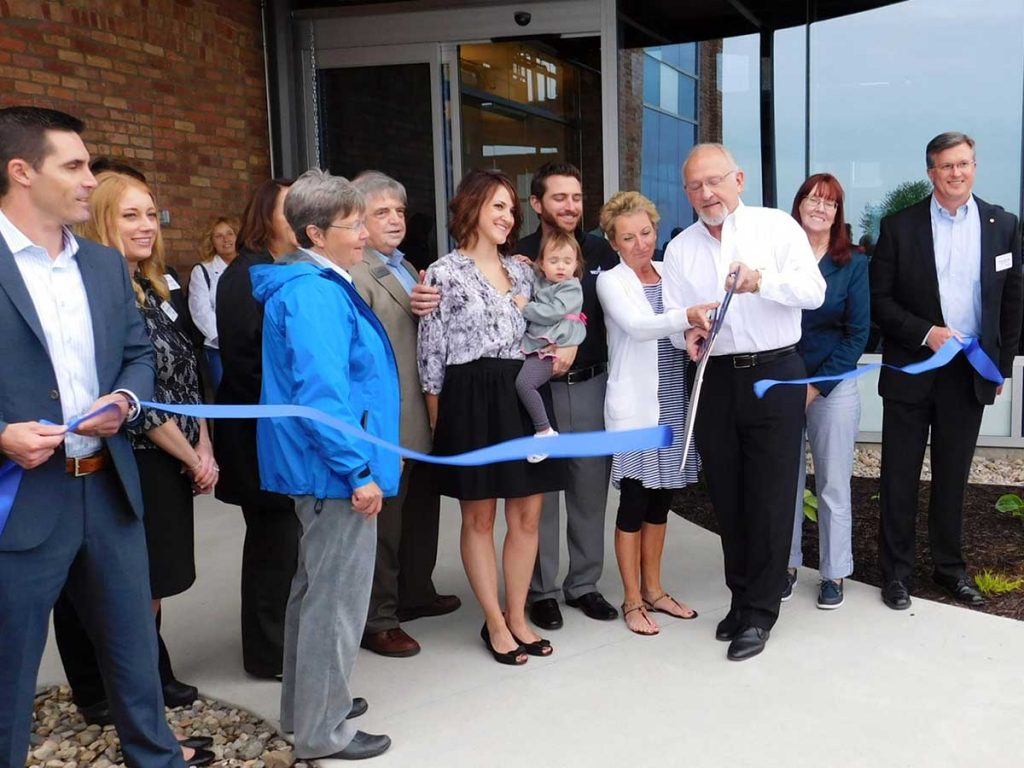 In attendance for the grand opening of the renovated historic Challenge Machinery building were elected city and county officials, construction tradesmen and former Challenge Machinery employees. The event was a culmination of a fifteen-year process for Westwind owner and founder, Greg Oleszczuk.

In 2001, Westwind purchased the deteriorating 215,000-square foot former site of the Challenge Machinery Company at the junction of Fulton Street and Beechtree. Built in 1903, the Challenge Machinery complex presented many environmental challenges. Over the decades, the site housed a foundry, company power plant and heavy manufacturing that left significant site restoration challenges due to unregulated industrial practices. After years of negotiation and working in partnership with state agencies to address federal clean-up requirements, Westwind was clear to redevelop the site blending historic and modern architecture for commercial and industrial use.

The transformation of the original site required remodeling the original U-shaped building into two separate buildings and parking lot. In 2012, GlasSource purchased the northern 95,000 square foot of the original building. Westwind began renovation of the GlasSource property by tearing down part of the complex to create space for a parking lot. During demolition, the original bricks and beams were preserved for repurposing. The GlasSource building renovation and new manufacturing space was completed in 2013. Stabilizing the remaining southern 18,000 square foot two-story building began in late 2014 and took a year to complete. It was the goal of the project to renovate the historic south building utilizing as much of the original materials and features while having minimal environmental impact. Original bricks were used for patching and building redesigned features and the support beams were milled into unique wall panels. The building was completed in early in 2017. It features the original freight elevator, fire door and houses historic artifacts in the main lobby—a tribute to Grand Haven’s east side. The building is not only home to Westwind’s offices on the second floor but also Transnation Title Agency and Charter Spectrum on the first floor.